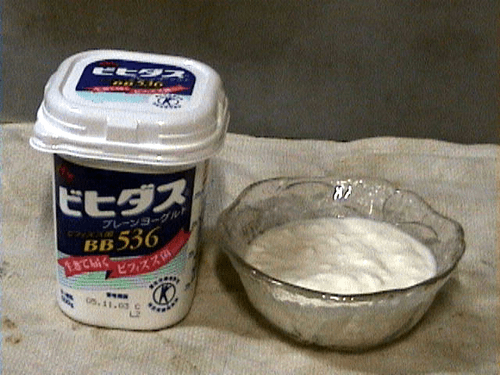 Yogurt, yoghurt, or yoghourt is a fermented milk product produced by bacterial fermentation of milk. The bacteria used to make yogurt are known as "yogurt cultures". Fermentation of lactose by these bacteria produces lactic acid, which acts on milk protein to give yogurt its texture and its characteristic tang. Worldwide, cow's milk, the protein of which is mainly casein, is most commonly used to make yogurt. Milk from water buffalo, goats, ewes, mares, camels, and yaks however, is also used to produce yogurt in various parts of the world.