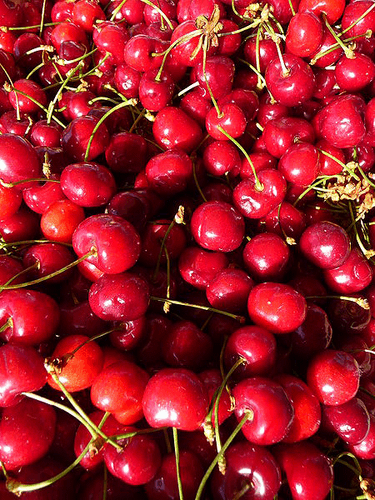 Prunus avium, commonly called wild cherry, sweet cherry, bird cherry, or gean, is a species of cherry native to Europe, western Turkey, northwestern Africa, and western Asia, from the British Isles south to Morocco and Tunisia, north to the Trondheimsfjord region in Norway and east to the Caucasus and northern Iran, with a small disjunct population in the western Himalaya. This species, in the rose family (Rosaceae), has a diploid set of sixteen chromosomes (2n=16). All parts of the plant except for the ripe fruit are slightly toxic, containing cyanogenic glycosides.