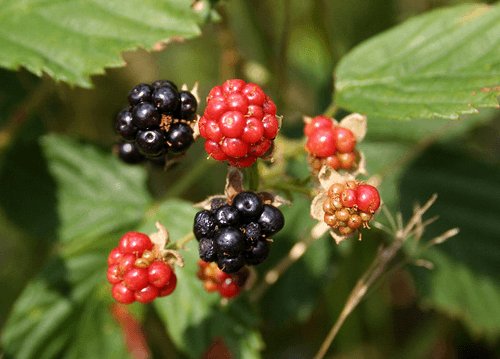 Rubus is a large genus of flowering plants in the rose family, Rosaceae, subfamily Rosoideae. Raspberries, blackberries, and dewberries are common, widely distributed members of the genus. Most of these plants have woody stems with prickles like roses; spines, bristles, and gland-tipped hairs are also common in the genus. The Rubus fruit, sometimes called a bramble fruit, is an aggregate of drupelets. The term "cane fruit" (or "cane-fruit") applies to any Rubus species or hybrid which is commonly grown with supports such as wires or canes, including raspberries, blackberries, and hybrids such as loganberry, boysenberry and tayberry.