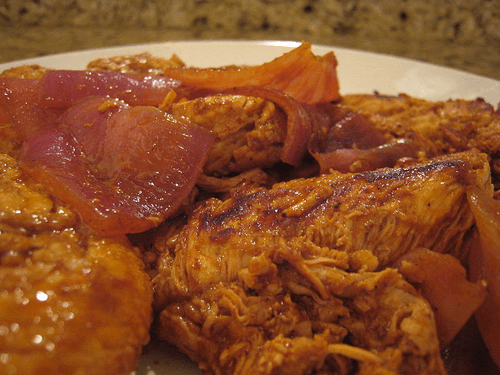 Adobo (Spanish: marinade, sauce, or seasoning) is the immersion of raw food into a preparation of different components including paprika (from red peppers), oregano, salt, garlic, and vinegar. The cooking technique is native to Spanish cuisine. Once becoming widely used in Latin America it was subsequently adopted in other countries such as the United States. In Venezuela, adobo refers to a mixture of salt with various spices technically known as sal condimentada (seasoned salt). Adobo is also the name given by Spanish colonists to an unrelated but superficially similar Philippine cooking process which primarily uses vinegar.